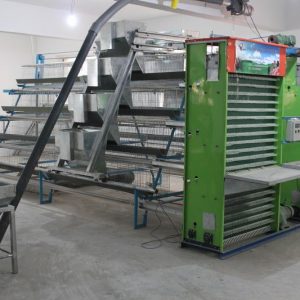 Due to the overheating of the chicks, the traditional grading standard cannot always select the weak chicks. Overheated chicks, their hatching time is earlier than the normal hatching time, usually smaller, weaker, more

is susceptible to bacterial infections, but also prone to many other health problems.

can correctly assess whether the chicks have overheating according to the following characteristics:

Overheated chicks are smaller and have less yolk absorption, so the yolk sac appears large. The more serious situation is that the worse the yolk absorption is, the more difficult it is for the umbilical to heal. After the chicks are born, they need to use the yolk as a source of nutrients, so some yolk will be left behind. At this time, the yolk is absorbed faster and then converted into nutrients/water. If there is too much yolk, the weight of live chicks is lighter, which indicates that the chicks are weaker.

Because overheated chicks use available protein as an energy source during incubation, rather than for muscle development, they are smaller in size. This is especially noticeable when the chick’s calf length is below the established target.

Healthy feather development means that the chicks develop well during hatching. After the chicks emerge, their feathers should look dry and soft. However, over-development of wing feathers means premature out of the shell, which is more like an overheating phenomenon, because the time spent in the hatcher basket is too long.

One of the consequences of overheating embryos is that they are more susceptible to E. coli infection. E. coli preventive measures include maintaining good hygiene in hatcheries and hatching eggs. Contaminated hatching egg residue and chicken embryo fluff from the hatchery are the main sources of bacterial infection. In addition, strict compliance with waste disposal hygiene guidelines is also crucial. Disinfecting the hatcher tray correctly can kill bacteria and prevent E. coli.

Talking about the health feeding and management of breeding rooster

What are the prospects for the breeding of chai chicken?

At present, there are not many breeds in China, and the terminal demand is very…