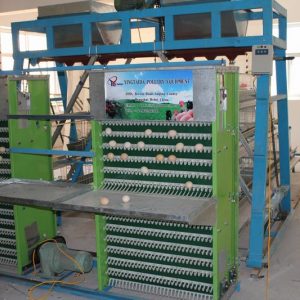 The correct application of forced moulting technology can effectively shorten the time of moulting of breeder chickens, reduce breeding costs, save costs, and extend the utilization period of egg production. It is also an important means to quickly improve the economic efficiency of chicken operators. What are the methods for compulsory moulting of chickens? What is the best way to force chicken moult? How and how to moult the chicken?

Forced moulting is a relatively common feeding and management method in laying hen farming. Its purpose is to increase the production capacity of laying hens and extend the service life of laying hens. There are hunger methods, high-zinc diet methods, hormone methods, etc., among which hunger methods are the most common.

Preparation for forced moulting of layers

1. Control the season of moulting

First of all, choose a suitable season for laying hens. Generally, choose the late summer or early autumn (or the laying hens after a laying cycle), which starts when the laying hens naturally moult. It is not advisable to perform forced moulting on the flock in the hot summer and cold winter. The heat and severe cold will affect the normal operation of the moult.

Before the forced moulting, the adjustment and selection of the flock is very important. It will affect the survival rate of the flock (compulsory moulting is a strong stress for laying hens to increase mortality.) , And capacity. Timely eliminate chickens that are over-fat, too-lean, diseased, defective, and have low egg production rate, and select chickens that have been moulted.

The stress of forced moulting on laying hens is very high, which leads to a decline in chickens’ autoimmunity and weak disease resistance, and chickens are susceptible to bacteria or viruses, resulting in large-scale casualties. In order to enhance the immunity of the laying hens during compulsory moulting and improve the disease resistance, the vaccines such as Newcastle disease can be received 3 to 4 weeks before the forced moulting. .

4. Determine the average weight of chickens

Empty the feed in the trough, and stop feeding for 7-10 days (the specific stopping time can be adjusted according to the health status of the flock, the mortality rate of the chickens, and the change in body weight. The mortality rate should not exceed 3%.). Laying hens will still lay eggs during the feed suspension period. In order to maintain the quality of the eggshells, they can be fed with shells. During fasting, they can be added by 20g per chicken. Stop water for 2 days and drink freely.

21 days before the forced moulting, light control was performed, and the light was suddenly reduced to 8 hours. After feeding was resumed, the light was gradually increased for 1-2 hours per week until the daily light reached 15-16 hours.

3. After the end of the feeding, each chicken is fed with an average of 18% crude protein egg-feeding diet of 18g on the first day, and then increases by 18g every day until it increases to free feeding.

Precautions for forced moulting of layers

1. Do a good job of feeding management

The stress of the forced moulting on the flock is very great. At this time, the layer is weak in disease resistance and susceptible to disease. Therefore, during the compulsory moulting period, it is necessary to do a good job of feeding management, clean the chicken house diligently, remove feces in time, do good gout ventilation in the chicken house, and ensure the fresh air of the chicken house. During the forced moulting period, the temperature of the house should be controlled at 15-20 ° C. The temperature in the house should not be raised or lowered. In addition, keep the chickens warm during the cold season.

california poultry cages ,To prescribe the right medicine, we must first understand its causes. First:…

How to control the hatching temperature of breeding eggs?

In the past, chickens were used to hatch hens for breeding eggs, but later they…

How to reduce the damage rate of egg shells

In the process of large-scale breeding, the eggshell will always be damaged. How to reduce…