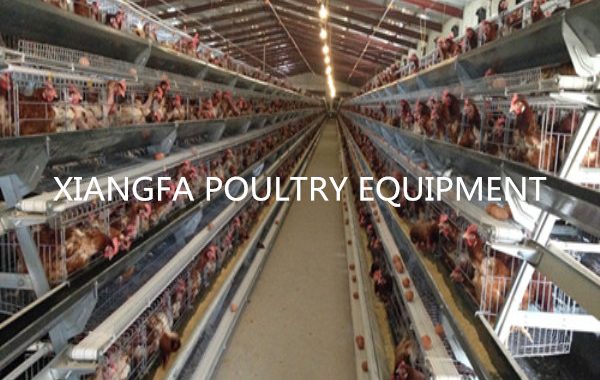 The effect of nutrition on the feed-egg ratio

The feed has reasonable nutrition design, high quality raw materials, no mycotoxin pollution, high feed utilization rate and low feed-to-egg ratio. Conversely, if the feed is low in energy, protein, and amino acid content, the chicken’s feed intake is large, the quality of the raw materials is poor, and the feed utilization rate is low, the chicken’s feed-to-egg ratio will increase, so choose high-quality feed ingredients in the feeding of layers , Reasonable nutrient ratio is a prerequisite for reducing feed-to-egg ratio and increasing egg production.

The influence of stress factors on the feed-egg ratio

Stress will cause the performance, egg quality and health of laying hens to decline, and the impact on feed-to-egg ratio is also obvious. Such as lack of water, lack of feed, sudden change of feed, low temperature, high temperature, or sudden change, sudden change in light time; sudden abnormal noise; strangers or other animals entering the chicken house; changes in feeding management procedures; use of vaccines or drugs And so on, these stress factors will have varying degrees of impact on egg production. Once the stress occurs, it will cause harm to egg production, and the egg reduction and material consumption reduction caused by these stresses are not obvious, and the stress effect will continue for a period of time, then the feed-to-egg ratio will be high.

It is generally believed that 15-23°C is the ideal temperature range for laying hen house. Every time the ambient temperature increases by 1°C, the feed consumption will drop by 1.6%. Chickens do not have sweat glands. When the temperature exceeds 30°C, they will release body heat by increasing the number of breaths, reducing feed intake by 20%-25% and egg production by 20%-30%.

The effect of light on the feed-to-egg ratio

Illumination affects the egg production rate of chickens by regulating food intake, drinking water and endocrine. The change and control of the light time during the laying period should be implemented in accordance with the requirements of light management during the pre-production stage. From 19 weeks of age, 20-40 minutes/ The increasing range of weeks will gradually extend the daylight time, reaching 16 hours and remain constant at the age of 24 to 27 weeks. Unreasonable light will cause egg production to decrease and increase feed ratio.

The effect of disease on the feed-egg ratio

Most of the pathogens of poultry diseases can cause damage to the egg cells of the reproductive system. After the disease recovers, these chickens only eat food but do not lay eggs, or the disease course is too long, and the egg production during the recovery period is slow, which will affect the overall egg production rate of the chicken flock. The performance of feed-to-egg ratio is relatively high; there are some chronic wasting poultry diseases that are recessive or subclinical. It is difficult to find abnormalities in the flock from the superficial observation, but the consumption of feed remains unchanged and the production of eggs is reduced, which makes the feed eggs Maintain a high level than the long-term.

The influence of feed waste on feed-egg ratio

About 65% of the total production cost of laying hens comes from feed, and the feed wasted in daily production accounts for about 3% to 5% of the consumption. For a chicken flock with 2000 laying hens, feed is wasted every month The value of is equivalent to the salary of a feeder, such as: rodent damage, unreasonable or damaged feeder design, insufficient number of feeder buckets for flat-raised chickens, untimely cleaning of feeder troughs, too much feed at one time, etc., resulting in waste of feed eggs The ratio is high and not easily noticeable.

Weak chickens, sick chickens, discontinued chickens and other low-quality chickens and low-production eggs will continue to appear in the chicken flock, so we must promptly eliminate them. Poor-quality chickens consume feed and do not lay eggs, which will affect the feed-to-egg ratio and reduce economic benefits. A non-laying hen will consume the profits of 5-10 laying hens in vain; a low-yielding chicken can consume the profits of 3-5 laying hens. During the peak period of egg production, the chickens that have not yet started to lay should be eliminated, and attention should be paid to the elimination of suspended chickens and chickens with low laying rates in the middle and late stages of laying. In this way, although the total number of chickens is reduced, the feed consumption is reduced, the feed-to-egg ratio is reduced, and the economic benefits will be improved accordingly.

dove cage  There is no feed material that can directly meet the needs of chickens,…

Ozone sterilization: the road to reform of poultry farming

At present, ecological farming is paid more and more attention. Not only is the awareness…