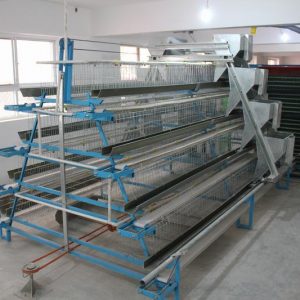 The birth weight reflects the physique of the reserve chickens. In the traditional concept, the greater the weight at the start of labor, the better the physique and the higher the production performance. So, to what extent is the weight at the start of production, and the chickens can give full play to the best production performance? The Breeder Breeding Technology Center (Beijing) of Yukou Poultry Research Institute, through a series of studies, has revealed the secret of the relationship between laying breeder start weight and egg laying performance throughout the process.

First, based on the standard body weight (1320 g) of Jingfen No. 1 parental layer breeder at the end of 19 weeks, with 70 g as the grouping gradient, they were divided into 6 groups, each with 3 replicates, each with 96 chickens , The weight of each group of chickens meets the grouping requirements:

Subsequently, 6 groups of chickens were raised in the same house and under the same environmental conditions. Continue to observe the production performance of 20-63 weeks of age, and record the age at the start of laying, the age at the peak of laying, the number of dead eggs per day, the number of eggs laid per day, and the average egg weight of each group of chickens.

Finally, using a one-way analysis of variance method, statistical analysis of the data of each group of 20-63 weeks old, the results prove:

2. The greater the weight at the start of production, the more the energy reserves of the chicken body and the stronger the ability to continue laying eggs during the laying period

4. When the birth weight exceeds the standard weight of 71-140 grams, the yield index of the house chicken is the best

To sum up, Jingfen No. 1 layer breeder starts to produce 71-140 grams of over-standard weight, which can ensure that the chicken population can be fully stocked, and it will not cause prolapse due to obesity of the chickens. It can achieve the yield index for the whole process. To maximize.

Therefore, it is recommended that layer breeders do not blindly pursue the weight of the chicken group. According to the characteristics of the breed, through good feeding management and feed nutrition control, the chicken group should be cultivated to a suitable weight range while improving the weight uniformity. In order to achieve full production performance and maximize economic benefits.

Chickens raised by marigolds have a golden complexion, and they can get a warm welcome…

What are the breeding methods of Chaiji

What are the breeding methods of Chaiji? Chaiji is also called stupid chicken, which has…