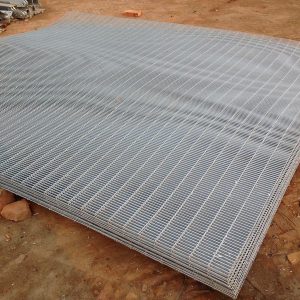 In the process of breeding poultry, it is often found that the feathers of poultry are irregular. Because there are no other symptoms, few administrators pay attention to it. In fact, this is due to management or disease. Therefore, the farm must learn to find out the reason and adjust the breeding plan in time .

An abnormality of poultry feathers

(1) Insufficient protein content or unbalanced amino acid: Protein is the main nutrient component for tissue development in animals. The protein content in feathers is higher than 85% (keratin), and amino acids are the most important nutrients for feather growth. Long-term deficiency will lead to poor feathering; lack of lysine can lead to feather pigmentation of colored feather chickens; lack of tryptophan, glycine, arginine, valine, leucine, and isoleucine in the diet of growing chickens. Both phenylalanine and titanine can cause a variety of abnormal symptoms in chicken feathers.

(2) Vitamin deficiency: The lack of pantothenic acid in the diet is prone to dermatitis and feather growth is slow. And the feathers that have grown will break and fall off in a short period of time; in addition to poor feather growth, chickens with niacin deficiency can also grow fluffy and dry Feathers that are easy to fall off; the lack of VD3 in chicks makes feathers grow poorly, and even abnormal black feathers; the first chicks that are derived from the severely lack of folic acid and hatch successfully, will have growth retardation or abnormal feather quality and pigmentation; that day; The high protein content in the grain may cause the lack of VB12, which will lead to the deterioration of the quality of chicken feathers and the increase of mortality; the lack of VA and VB1 in adult and reserve layers will cause feathers to be loose and dull; lack of riboflavin in breeding eggs (VB2), it can cause the fluff of the chicks to curl.

(3) Lack of trace elements: lack of zinc in the diet or low utilization of zinc by chicks, slow growth and development of chickens, scaly skin, incomplete keratinization or excessive keratinization, poor feather growth, and scattered fiber Damage, fluffy, rough, and easily broken, with different degrees of damage at the end, especially wing feathers and tail feathers; when the iron content in the feed is less than 15mg/kg, it will cause iron deficiency anemia in poultry, and the feathers of diseased chickens will be rough and fluffy. , Lack of pigment, and affect the color, so that it loses its proper color; Intensive society feeds caged chickens, if the dietary copper content is low, the feathers of the chickens are disheveled, dry and dull; when lack of iodine, goiter, If the function is blocked, the chicks will not have feathers or the mature chickens will not moult normally, the feathers will fade or plaques will be seen.

(4) Low fat content: Poultry has tail fat glands, in which grease can be applied to feathers to keep them smooth and moist. When the fat content in the poultry diet is lower than 1.5% for a long time or the fat is oxidized and cannot be used effectively, the tail fat glands are reduced and the amount of oil secretion is reduced, which in turn makes the poultry feathers disheveled and loses luster.

(1) Feed: When the daily feed intake of poultry is restricted, under long-term semi-starvation or due to the change of feed, the feed intake decreases, and feather pecking or feather shedding will occur.

(4) Light: Too strong or too weak light and frequent power outages can cause abnormal feathers of poultry and induce pecking.

(5) Harmful gases: Poultry stocking density is too high, brooding room or chicken house is cleaned irregularly, and a large amount of CO2, H2S, NH3 and other harmful gases are accumulated in the house to directly stimulate the skin of chicks, and the feather growth function will also be damaged. The growth is poor, and the feathers that have grown may even fall off on their own.

Under normal circumstances, chickens grow and develop normally, but when chickens suffer from disease, they will have abnormal feathers, which can directly lead to death of chickens.

(1) Viral diseases: This type of disease is more harmful to chickens. After a series of symptoms and lesions appear, abnormal feather growth, such as disheveled feathers and irregular feathers, is also used to determine whether the chickens are sick. A more obvious feature.

Sick chickens suffering from acute Newcastle disease often appear depressed, do not like to walk around, have loose and dull feathers, hang their heads and necks, droopy wings, and have cyanosis in their crowns and meat beards; they are caused by 1-day-old chicks inoculated with REV biological products. Chicken dwarf syndrome, chicken feathers grow abnormally, and then small branches of feathers on the trunk of the body are close to the trunk; chickens infected with IB, with the development of the disease, the sick chickens are weak, feathers are loose, lethargic, double feathers are drooping, and long Stacked together; the feathers of chickens infected with IBD will appear upside-down and dull; AI, EDS-76 and other viral diseases will cause the sick chickens to have loose feathers besides the typical symptoms.

(3) Toxic diseases: chickens eat feed contaminated with mold, which often leads to feathering abnormalities (feather shedding) and malabsorption syndrome; after Clostridium botulinum poisoning, the feathers are fluffy at the beginning, the neck feathers stand upside down, and the feathers fall off in the later period. ; Chick sodium bicarbonate poisoning often causes feathers to stand upside down, and feathers fall off in later or severe cases; chicks poisoned by sulfa drugs will show depression and feather loosening; and the clinical manifestations of olaquindox poisoning show lack of energy, reduced appetite and even waste The symptoms include loose feathers, black crowns, loose feces and other symptoms; mercury, arsenic, copper, tin, and fluorine in trace elements can cause chickens to be poisoned, and feathers will be disheveled and lose their luster.

(1) Ensure the balance of dietary crude protein and amino acids: If the crude protein in the feed is insufficient, some animal protein such as fish meal or plant protein such as corn gluten meal can be added. If the methionine, cystine, and other amino acids in the diet are insufficient, they can be supplemented accordingly. For example, 50-100g of the corresponding amino acids can be supplemented for prevention, and doubling can be considered for treatment.

(2) Ensure that the diet contains sufficient vitamins and trace elements: For the lack of ingredients in the feed, consider switching to full nutritional feed, or adding vitamins, zinc sulfate, ferrous sulfate, selenium-rich yeast, sodium sulfate to the feed Or raw gypsum, sodium chloride, crude fiber and trace elements. At the same time, add appropriate amount of plant fiber and sand to the feed to help poultry grind the feed and promote digestion. The cause of fat should be investigated in time.

(1) Reduce physical damage to the surface of poultry: In cages, attention should be paid to the structure of the cage to avoid damage to poultry caused by unreasonable structure or protruding metal parts; for flat poultry, sufficient litter should be ensured, and the litter should be kept as much as possible Soft and relatively dry, remove sharp wood chips and glass in time.

(2) Appropriately reduce the stocking density: it is necessary to ensure that the poultry has enough breeding space, and at the same time provide sufficient feeding and drinking equipment, regular feeding and water supply, and ensure that each poultry receives sufficient feed and drinking water. Ensure sufficient temperature and relative humidity in the house, and do a good job of preventing heatstroke and cooling and air ventilation in the house, and try to eliminate harmful gases such as carbon dioxide, hydrogen sulfide and ammonia in the house.

3. Pay attention to the prevention and control of poultry diseases

(1) Prevention and control of viral diseases: At present, immunization combined with biosafety measures is the most effective measure to prevent and control viral diseases in poultry. Before formulating a poultry immunization program, it is necessary to fully grasp the recent major epidemic status of the poultry farm, the serotype or serotype of the vaccine, the interval and frequency of repeated immunizations, the interference between different live vaccines, maternal antibodies, Reasonably formulate epidemic prevention measures based on the source of the vaccine and the dosage and route of inoculation. At the same time, we will do a good job of bio-security work such as isolation, disinfection, rodent control, and insecticide to minimize the threat of viral diseases to poultry farms.

(3) Prevention of toxic diseases: In view of toxic diseases, the monitoring of feed and feed ingredients should be strengthened, whether low-quality fish meal has been added, whether salt and drugs have been added excessively, whether the nutritional content of the feed is reasonable, whether the protein, amino acid and other substances are appropriate , Whether vitamins and trace elements are normal.

Improving nutritional level, strengthening feeding management, and paying attention to the prevention and control of poultry diseases are the main preventive methods to prevent poultry feathers.

quail cages for egg production , With the development of science, the diversification of chicken…

Several feed additives that cannot be used at the same time

What is the effect of laying weight on laying breeders?

The birth weight reflects the physique of the reserve chickens. In the traditional concept, the…