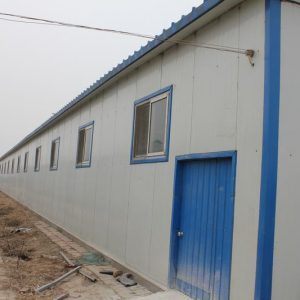 With the rapid development of the laying hen industry, the breeding level of breeding friends has also improved, but in the actual production process of laying hens, there are still some misunderstandings in the understanding of the immunity of laying hens to viral diseases. Let me share some of my own experiences.

Some people think that “everything is going to happen” after the vaccine is immunized. Basically, no antibody test is done, and they do not evaluate whether the chicken antibodies can effectively resist virus attacks. After detecting the antibody, only the average is looked at, and the antibody uniformity is ignored. In fact, the disease of chickens is caused by uneven antibodies. Chickens with low disease resistance are prone to infection and disease. After some chickens become ill, the disease gradually spreads and eventually leads to the disease of the whole group.

The first vaccination, the second vaccination and the second vaccination use different strains of vaccines. It is always believed that the protection rate of using a few more strains will be better. In fact, on the contrary, the antibody needs repeated immunizations to significantly increase. For example, our children are vaccinated with hepatitis B vaccine at birth, and then repeated immunizations with the same vaccine one month and six months later can produce effective antibodies.

Most people think that viral diseases with high temperature will no longer occur, so many people relax their vaccination in summer. Through a large amount of laboratory data analysis, it is found that viral diseases are still prevalent in summer, but they are lighter than winter and spring. If supplementation is not paid attention to in summer, the antibody level of the chickens is low, and the heat stress is strengthened. The chickens have insufficient feed intake for a long time and lack of nutrition. After autumn, the temperature difference between day and night will increase, and viral diseases will follow. The cause of the high incidence of diseases in autumn and winter, so the immunity in summer cannot be relaxed.

I don’t understand the role of freeze-dried vaccines and oil vaccines, and the immunization program settings are unreasonable. Here are the different functions of vaccines. The freeze-dried vaccine mainly produces local mucosal antibodies after immunization. Respiratory tract virus (Newcastle disease, spreading, etc.) vaccines contact the upper respiratory tract mucosa, stimulate the respiratory mucosa to produce cellular immunity and generate local mucosal antibodies, which can prevent this type of virus infection. Just like the national defense forces preventing foreign enemies from invading, the freeze-dried vaccine spray has the best immunity, followed by eye injection, and drinking water has the worst immunity. After oil vaccines are injected, antigens are slowly released, and they mainly produce humoral antibodies, which are the antibodies we often test. They are the main force against disease and infection. Taking into account the stress response and vaccine absorption problems caused by oil vaccine injections, the best immune method for oil vaccines It is a subcutaneous injection in the neck, with small stress response and fast absorption. The pectoral muscle injection has a large stress response and is not easy to absorb. The leg muscle injection has the worst effect and the greatest stress response, which is not conducive to the health of chickens. In addition, the oil vaccine should be pre-warmed with warm water before the injection to make the vaccine temperature rise to 35-38 degrees. In summary, the freeze-dried vaccine and the oil vaccine play different roles and require joint immunization.

It is thought that antibodies will be produced after the vaccine is immunized. In fact, it is not. Take Newcastle disease as an example. For example, the antibodies did not increase at all after the 7-day-old immunization, but they were still declining. It only slowed the decline of maternal antibodies. The 21-day-old antibodies dropped to About 4 (the critical value of onset). At this time, immunization is the best time. After that, the antibody slowly rises, but the increase is not large, generally 5-6, and lasts to about 45 days old. Therefore, chickens aged 35 to 45 days need to be carefully taken care of, otherwise they will There is a problem. At this time, once the onset is a typical case, the antibody will only rise sharply after 45 days of age. This is the law of antibody production.

Spring is the peak season for laying hens. When the egg production rate reaches more…

Factors that increase the consumption of chicken during the laying period

Introduction to the methods of forced moulting for broiler breeders