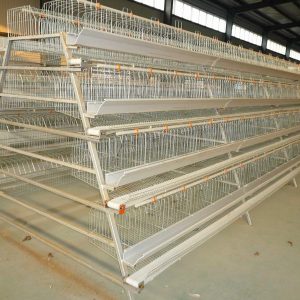 Heat stress leads to a reduction in feed intake and severely affects the feed conversion rate, weight gain and egg production performance of chickens, causing huge economic losses to the poultry industry. Heat stress lowers the egg production rate of laying hens, reduces egg weight, increases the breakage rate, reduces the fertilization rate and hatching rate of breeding eggs, and will lead to a reduction in chicken resistance and immunity, and even a large number of deaths. % Is related to heat stress. How to mitigate the adverse effects of heat stress and reduce or avoid unnecessary losses has become a concern for chicken producers.

■ 1 Effect of high temperature on feed intake and production performance

The optimum temperature range for laying hens is 13-26℃, which requires the lowest metabolic energy to maintain body temperature, the highest feed conversion rate, and the best production efficiency. When the ambient temperature exceeds 26°C, the difference between the chicken’s body temperature and the ambient temperature decreases, and the difficulty of body heat dissipation increases, and a stress reaction will occur. The excitement of the feeding center during heat stress is partially suppressed, and the weakening of the digestive tract activity increases the fullness of the digestive tract. In order to accelerate heat dissipation and reduce heat load, the amount of drinking water is increased, and the feed intake is further reduced. Reducing feed intake is a protective response for animals to maintain body heat balance under high temperature conditions. In the range of 21-30°C, for every 1°C rise in temperature, the feed intake drops by 1.6%. In the range of 32-38°C, for every 1°C increase in temperature, feed intake decreases by 4.6%.

When the food intake decreases, the intake of energy and protein decreases accordingly. At the same time, due to the increase in drinking water, the concentration of digestive enzymes in the intestine decreases, and the time for chyme to pass through the digestive tract is shortened, which affects the digestibility of nutrients to a certain extent. In particular, the digestibility of most amino acids is reduced, which affects the performance of chickens. Laying hens showed reduced egg weight, thinner and crisper eggshells, rougher surfaces, and increased egg breaking rate; broiler growth rate and feed utilization rate decreased. The decrease in poultry production performance caused by temperature rise accounts for about 80% of the total decline, while the performance decline caused by insufficient energy intake only accounts for 20%.

When the heat is stressed, the chicken’s breathing speed is accelerated. With the increase of the house temperature, the breathing frequency can be gradually increased from 20 times/min at normal temperature to 100 times/min. Due to excessive breathing, excessive CO2 output from the body causes the blood H+ and HCO3- concentrations to decrease and the pH value to rise, causing symptoms of respiratory alkalosis. This is an important reason for the increased mortality of soft-shell eggs, broken eggs and broilers.

During heat stress, chicken heart rhythm increases, blood circulation increases, peripheral blood vessels dilate, and the amount of blood in the body’s surface, upper respiratory tract, and abdominal muscles increases. The reduction in blood supply to the digestive system, liver, kidneys, and ovaries limits the absorption and utilization of nutrients in the body, and liver and kidney failure, leading to stagnation of broiler growth, decreased egg production, and even increased deaths.

■ 4 Effect of high temperature on endocrinology of laying hens

Heat stress causes physiological disorders secreted in the body, which is an important factor that causes the production performance of laying hens to decline. High temperature leads to reduced secretion of hypothalamic gonadotropin-releasing hormone (GnRH) and anterior pituitary gonadotropin, so the production of follicle stimulating hormone (FSH), luteinizing hormone (LH) and prolactin (LTH) is reduced, and the production of estradiol The secretion rate is significantly reduced, which affects the growth and maturation of the follicles and the reduction in the number of ovulations.

During acute heat stress, the synthesis and release of adrenocortical hormones increase, agrees, resulting in a decline in immune function. Heat stress reduces IgG levels in the blood and antibody titers of foreign antigens, and increases the ratio of heterophile leukocytes to lymphocytes. The immune effects of vaccines such as Newcastle Disease and Influenza will be affected.

How to manage free-range laying hens in autumn?

After autumn, the weather gradually becomes cooler, and the egg production of free-range laying hens…

Keeping chickens to make more money, these “6 tips” to know

At present, many people go back to the countryside to start farming and entrepreneurship, and…