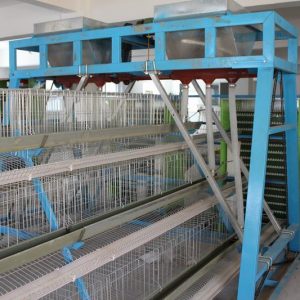 There are many places where fly maggots raise chickens. Moreover, when local chicken breeding is relatively hot, fly maggots are an indispensable feed. Then, what are the benefits of fly maggots raising chickens?

Feeding method of fly larvae-raised chickens, after taking the fly larvae from the larvae, rinse with clean water to feed the chicken directly, and the dosage can account for 30% of the total feed. If the fly larvae are fed with boiling water after death , The dosage can reach 40%.

Animal feed is mainly composed of protein feed (such as fish meal, bean cake, silkworm pupa, etc.) and energy feed (such as corn, wheat, sorghum, etc.). Farmers’ traditional farm chickens lack protein feed and generally use energy feed such as corn and wheat. Feeding results in a serious lack of protein feed, the feed conversion rate of the chickens raised is extremely low, and the feed cost is too high. Artificially cultivated fly maggots and other insects are ideal cheap protein feeds, and their protein content is very close to that of fish meal. Fly maggots are used as cheap animal protein feeds for breeding local chickens, which can greatly reduce feed costs and produce high-quality pollution-free products.

According to relevant scientific tests, fly larvae are rich in antimicrobial peptides, which can be used to raise animals, which can significantly improve the immunity of animals and achieve the effect of reducing or even not getting sick. The use of maggots such as fly maggots in chickens can increase the risk resistance of the farm and save a large amount of unnecessary medical expenses.

Raising chickens with fly maggots can not only reduce the cost of feeding but also resist the risk of chicken diseases. If conditions permit, you can try.

How to prevent chicken from making soft eggs?

Eggs laid by hens are generally hard-shelled, but sometimes some soft-shelled eggs are produced. They…

What are the methods for artificial moulting of layers

What are the methods for artificial moulting of layers? Artificial forced moulting is mainly caused…

How to choose the food for laying hens

In the face of various feeds on the market, how to choose feeds for laying…