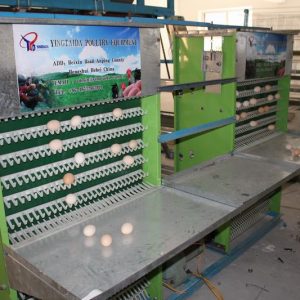 There are many alpine valleys in the production area, mountain cutting, narrow river bed, rapid river flow, steep valley slope, severe cold climate, and no obvious changes in the four seasons. The annual average temperature is 4.5-12 ℃, the temperature difference between day and night is large, mostly above 12-17 ℃, the lowest temperature in January is minus 10.5-20.3 ℃. The highest temperature in July-August is 26–29.4 ℃, the average annual sunshine hours are more than 2000h, the highest is 3219.5h, the annual precipitation is 300-700mm, mostly concentrated in June-September, accounting for about the whole year’s precipitation 70-90% of the time, the air is dry, the evaporation is more than 1500mm, the highest is 2396.6mm, and the frost-free period is only 103-128d.

Tibetan chickens can adapt to the harsh and changeable climate environment. The chickens are small, well-proportioned and compact, with a lively temperament, strong combativeness, good at ascending and flying, perched on the beam frame of the pen, or sleeping in the woods beside the house. In a semi-wild state. Because Tibetan chickens are produced in high mountains and deep valleys, historically, traffic jams have formed a natural isolation barrier, which has become a unique ecological environment for Tibetan chickens, thus forming a shape suitable for the growth of alpine regions. The physical appearance and living habits are very similar to the ancestral red chickens of domestic chickens. The degree of manual selection is very low.

There are very few historical records about Tibetan chickens. According to the record of the Tibetan version of the Pakistan Association published by the National Publishing House in June 1980, AD 815-857 “… The emperor Luo (the minister) blocked the door with Xinshi and was in the cave. Moaned for a long time, and then heard the chicken cry. ” Explain that about 1,000 years ago, Tibet had already raised chickens. Before the founding of the People’s Republic of China, the general Tibetans had no habit of eating chickens and eggs. The purpose of raising chickens was mainly to use roosters for early morning announcements, and also to use chicken eggs as a tribute to the upper layers. After the founding of the People’s Republic of China, chicken farming has become one of the sideline businesses of the Tibetan people. The Tibetan people in Nixi Township, Zhongdian, Yunnan regard eggs as one of the main economic incomes, and attach great importance to the selection and elimination of chicken breeding, which improves the egg production capacity of local Tibetan chickens and becomes a type of Tibetan chickens with higher egg production performance. , Yunnan Province called it Nixi chicken.

The temperature in the Tibetan area is low, so we must pay attention to the warming work of the chicks. There are many ways to adjust the temperature of the chicks. Small groups of chickens can be placed in cartons or wooden boxes. The boxes are lined with hay or cotton wool, or heated with electric lights. Large groups of chickens can be conserved in the greenhouse. For the breeding of chicks, timely water supply and food should be provided, and attention should be paid to the matching of diets. After 4 to 10 hours of drinking water, start the food.

Breeding and management of Tibetan chicken:

The digestive function of Chinese chickens is increasing day by day, and the feed intake is also increasing. The diet can gradually reduce the proportion of protein feed on the basis of chick feed, and add bran coarse materials appropriately (generally accounting for 15% to 20% of the diet) And barley (can account for 30% of the diet). Medium chickens have strong mobility and large food intake, and can be fed by a combination of dry and wet methods, that is, feeding wet materials 3 to 4 times a day, and set up a trough to maintain dry powder materials, allowing Tibetan chickens to peck freely. In addition, sufficient food troughs and drinking utensils should be configured to prevent the chickens from fighting due to predatory food.

Eight measures for forestland chicken feeding and management: 1 density It is necessary to master…

With the rapid development of the laying hen industry, the breeding level of breeding friends…

Matters concerning the management of laying hens in autumn

Laying hens are a relatively popular chicken species in China. The market demand for eggs…