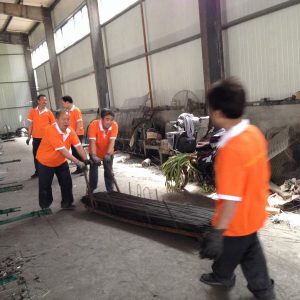 In the production process, farmers generally pay attention to the routine immunization of breeders and the selection of breeding roosters, but often ignore some details in the insemination process. As a result, the fertilization rate of breeders is low while all the test indicators are qualified. The author discusses the laboratory diagnosis process, treatment measures and prevention of the case

A certain chicken farm reported to the laboratory that five chicken coops in that farm had low fertilization rates for several months.

There are about 2000 hens in each hen house, about 100 roosters, and males and hens about 40 weeks old, with no obvious clinical symptoms, reasonable immune procedures, and normal egg production.

2.1.1 Use hemagglutination inhibition test to detect antibodies such as ND, H5, and H9. After testing, its antibody level is above 7 log2 (5 log2 is qualified).

2.1.2 Using plate agglutination test: detection of Salmonella. No abnormalities of Salmonella were found after testing, and all were negative.

According to the above diagnosis results, the antibody level of the chickens is high and all Salmonella bacteria are negative, and no suspicious circumstances are found in the hens.

Randomly collect the semen of 10 cocks from 100 cocks in each coop. A total of 50 semen were collected from five buildings.

2.2.1.1 Ejaculation volume: Use a graduated semen collection cup to measure and collect semen. The selected male males should average 0.6-0.8ml.

(1) Ejaculation volume: The volume of ejaculation of 50 males is normal.

2.2.2.1 Semen density: put the microscope in a special incubator, magnify about 400 times at a temperature of 41-42 degrees Celsius for inspection.

2.2.2.2 Density estimation method: firstly mix the semen, take a clean glass slide and drip a drop of semen with a sterile pipette at one end, and then add a cover glass (requires no bubbles) and place it at 400 times Check under the microscope (note that the microscope stage must be flat). Adjust the microscope to the dark field for observation. According to the density of sperm in the field of view, it is roughly divided into three levels: “dense”, “medium” and “dilute”.

“Dense”: It means that under the microscope, the entire field of view is completely occupied by sperm, and the space between the sperm and the movement of a single sperm are almost invisible. The vigorous semen is like a rolling cloud. At this time, the density of sperm per milliliter is more than 4 billion.

“Middle” means that there is an obvious gap equal to the length of a sperm between the sperm in the field of view, and the movement of a single sperm can be seen. At this time, the sperm density is 2 to 4 billion per milliliter.

“thin” refers to the large gap between sperm in the field of vision, which can accommodate two or more sperm, and the density of semen is less than 2 billion per milliliter. Try not to use such semen.

There are three types of sperm movement: linear movement, rotational movement, and in-situ swing. Evaluation of sperm motility is based on the proportion of sperm moving in a straight line. Sperm motility is usually evaluated by a ten-level system, that is, 10 spermatozoa have one linear motion as the first level; two linear motions are the second level; and so on to the tenth level; only the sperm with linear motion can be fertilized, linear motion The more you have, the better your vitality. Generally, sperm motility and semen density are checked at the same time. During the examination, the sperm movement was wavy or tumbling like a cloud, which is a high concentration of semen. Circular movement may be caused by swelling of the small head; rotation in place and bending left and right are signs of too weak sperm; non-movement of sperm is dead sperm; sperm agglutination is caused by feces contaminated semen.

Check the sperm motility to pay attention to the following points:

1) A correct judgment can only be made after a lot of observation.

2) When making microscopic samples, do not have too much semen, it is better to cover the cover glass without overflowing, and there should be no bubbles.

3) It is best to observe in dark field during inspection.

6) Shake the semen test tube, and after mixing it, take another drop of semen and check the temperature.

Ozone sterilization: the road to reform of poultry farming

At present, ecological farming is paid more and more attention. Not only is the awareness…

When is the best time for elimination of laying hens?

What is the elimination of chickens? In the process of laying hen breeding, sick chickens…

What is the reason for delayed production of laying hens?

Since the beginning of this year, the production of laying hens has been delayed. Most…