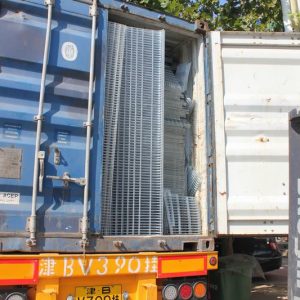 One, the secret of saving chicken feed

The yolk and white of an egg are formed during the day, while the shell is formed in the afternoon and night. Feed the laying hens twice a day, feed high-protein, high-energy, and low-calcium feed in the morning, and feed low-protein, low-energy, and high-calcium feed at night. This will not only regulate the laying period, but also increase production. The amount of eggs can also save feed.

Second, the secret of the best feeding

Chickens have two peaks of feeding in a day. One is 2-3 hours after sunrise, and the feed intake is 1/3 in the morning. Feeding at this time can greatly increase the egg production rate. It can be seen that feeding laying hens at 9 am and 3 pm has the best effect.

Three, the secret of high yield

For example, the chicken population has not grown normally. Even though the current egg production and feed remuneration are high, there is a potential downward trend in egg production. Before the egg production declines, the weight problem can be corrected by increasing consumption. If the consumption of feed is clearly at a high level, it only means that a lot of feed is consumed or at least the feed is low paid. If the feed is clearly at a lower level, and the chicken population is growing normally and maintaining a high level of egg production The amount can be maintained and can make a lot of money.

Fourth, the secret of increasing eggs in summer

In summer, chicken feed intake is reduced, egg production decreases or even production is stopped. In order to restore normal egg production, in addition to heatstroke prevention and cooling methods, cutting chickens is also an effective method, that is, cut off the feathers of the breast, legs, and left and right wings of the chicken, and retain the feathers on the neck, back, and tail. The shearing length is based on the principle that the chicken skin is not damaged and the section of the thick hair tube does not flow. Cut less in early summer and more in midsummer.

Adding 0.3% red pepper powder, 6% sun-dried and crushed alfalfa leaves or 5% pine needle powder to the diet can darken the color of the egg yolk.

Six, the secret of storing eggs

Breeding eggs are short oval, one is larger and the other is smaller, forming an inverted triangle. The surface is fine, and most of the hatched chickens are hens; the breeding eggs are round with long horns, the head and the tail are difficult to distinguish, and the surface is rough. Mostly roosters.

Eight, the secret of distinguishing male and female chickens

quail cage plan Due to the hot, rainy and humid climate in summer, the appetite…

What are the factors that affect the feed intake of laying hens?