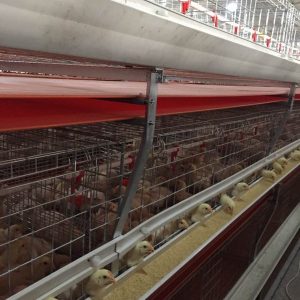 Dong Tao (DongTao) is a kind of chicken in Vietnam. The feet of adult Dong Tao chicken are comparable to those of human palms. They were once regarded as royal family and sacrificial tribute, now chicken farmers can raise their own, and their chicken is very popular among consumers in high-end restaurants.

Is Dongtao chicken easy to raise?

There are people in the southwest border, there are chickens in Yunnan, and most places in the south can have a climate.

Dong Tao chicken originated in Dong Tao area of ​​Hung Yen province in Vietnam, and the largest pure-bred Dong Tao chicken farm is currently located in Dong He Village in Dong Nai province. This farm has more than 400 pairs of breeding chickens and serves dozens of Dongtao chickens to restaurants in Ho Chi Minh City every day.

The owner of this farm initially bought 10 Dongtao chickens out of fun, and spent years trying to understand the correct way to breed them. He found that this strange chicken did not like to be kept in captivity and was prone to conflict when in the cage. Now, he keeps Dongtao chickens on farms with large enough rooms and sports fields, which greatly improves the taste of chicken and the quality of meat.

The Dongtao chicken grows fast and has a high feed-to-meat ratio. It can reach 500 grams in 40 days from its shelling. The general breeding time is more than 8 months and the weight is about 4 kg. Very few people on the mainland have introduced this variety. However, Dongtao chickens should also pay attention to blood lineage. Many Dongtao chickens are crossbred and their bloodlines are not pure. The main performance is that the chicken paws are not so thick.

The advantages and disadvantages of various ways of raising broilers