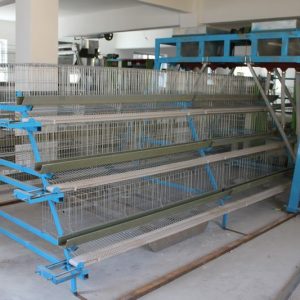 Chicken is a project that many people like, but the disease of chicken has always been a difficult problem. People who have been raising chickens for a long time will always feel that other people’s chicken farms are safer than their own, and their chicken farms have a very high incidence of disease. Why? Let’s take a look at why some chicken farms are easy to get sick, but some chicken farms rarely have such a situation. In fact, it is mainly caused by the following reasons.

1. Disinfection is not in place

Second, the treatment of sick and dead chickens failed

Breeding chickens should treat the pathogens seriously, especially during the onset of illness. The treatment of some sick chickens is not called a separate burial, so it is called treatment. Such uncontrollable risks are even greater. Sick and dead chickens should be kept away from the chicken coop during treatment. Secondly, they should not be located above the air outlet of the chicken coop, there should be no water source nearby, and they should be buried deep. Degree of isolation. Secondly, when the disease is frequent, don’t be too troublesome. Be sure to cremate sick and dead chickens collectively to prevent their pathogens from spreading.

3. The epidemic prevention does not reach the standard

The vaccine process of young chickens is largely scientific, and it is not easy to affect the effect of the vaccine, so do not easily change the process of epidemic prevention, otherwise it will easily cause drug conflicts. Some farmers will always say that they have also been immunized with vaccines, so the effect is so much worse. In fact, in addition to the daily immunization, they have not done a good job. It is very likely that the vaccine was not followed according to the prescribed procedures when the vaccine was injected, resulting in vaccine effects Relatively not ideal.

Because the original chicken’s immune mechanism is relatively poor, many times rely on drugs to ensure its healthy growth, and some farmers are affected by this concept, it is easy to cause the habit of drug abuse. For example, drugs such as penicillin are used as soon as they become ill; followed by hearing that adding some drugs to the feed can reduce the incidence of morbidity and feed them frequently. These ideas are actually wrong. Chickens who take more medicine will have a certain resistance, and the effect will be much worse when the medicine is needed later, so be sure to administer the medicine and spend more time to understand the cause of the disease before using the medicine Better than reading. Secondly, some trace elements can be added to the feed to improve the chicken’s immune mechanism than medicine.

Most of the diseases on the chicken farms are actually brought out directly by the farmers themselves, so when you raise chickens, you should look at the precautions of chickens to avoid touching some taboos. Daily chicken farms must strictly control the entry and exit of foreign substances, so that the safety will be higher!

Drinking water must be cut off for the chickens for 24 hours, and egg production…

Chickens have the habit of feeding on insects, green vegetables and grass seeds. There are…