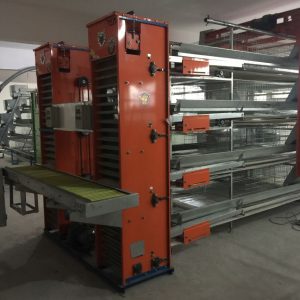 Black water chickens mainly eat aquatic plant tender leaves, sprouts, rhizomes and aquatic insects, worms, spiders, mollusks, snails and insect larvae. Among them, animal foods are the main food. Swim on the edge, sometimes pecking on the leaves, the insects on the stem or the insects falling into the water, and sometimes wading in the shallow water near the water for food.

How to raise black water chicken just out of the shell?

1. The vitality of the newly purchased chicks is relatively fragile, so we need careful care. We need to keep the chicks in a well-built chicken house for heat preservation, and feed the concentrate suitable for black water chicken three times a day. After the black water chicken is recovered, you can slowly add small fish or shrimp to the food, or you can feed the shrimp twice a day, after the chicks have faded the initial layer of fluff. Stocking is carried out once every three days, and they are taught to forage for themselves. After about half a month, the black water chickens can be put into stocking.

3. The vitality of wild animals is relatively tenacious, so they are rarely sick. Even if they are sick, they will find food for treatment. The same is true for wild black water chickens, but after artificial feeding, black water chickens lose Part of the function, so there will be a cold or inflammation symptoms at the time of production, so we need to be treated in a timely manner, the farming site should always have medicines to prevent and treat colds and inflammations. Added in food, this can play a good preventive role. Finally, black water chickens will have chicken fever in the same month as normal chicken flocks. This is very serious because the infectivity is very large.

What are the advantages of the new chicken greenhouse

What are the advantages of the new chicken house? This is what many friends who…

The focus of broiler management in spring and summer

At present, the weather has turned warm and humid. In order to smoothly transition to…

Causes of satiety shock in broiler breeders and control measures

During the feeding restriction process of broiler breeders, feeding is often restricted on the first…