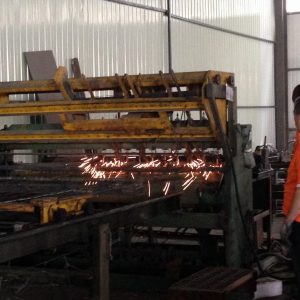 Common misunderstandings are as follows:

3. Due to the high temperature in summer, the chickens drink too much water. When they excrete feces every day, they often carry granular feed. If the feed is processed finer, it is conducive to digestion. In summer, the drinking volume of chickens increased significantly, generally 3 to 5 times of the intake, and the drinking volume was 90 to 325ml per bird. The higher the egg production rate, the greater the water requirement. 12ml / d · only. Drinking water in summer is four times that in winter, and it is about 2 to 3 times that of food intake. It is normal for feed intake to decrease and water intake to increase. When defecating, some granular feed is directly discharged. Because of the large amount of drinking water, chickens do not have a special urinary organ, and the water is quickly discharged with the cloaca, which causes the feed to stay in the digestive tract for a shorter time and is not completely digested. If the feed is processed too finely, the palatability becomes worse, which leads to a further reduction in chicken feed intake and greater impact.

5. In order to prevent outbreaks of infectious diseases in chickens in summer, it is best to vaccinate by drinking water. In the summer, due to reduced feed intake and the impact of high temperature, the resistance of chickens to the outside world is significantly reduced, and various infectious diseases such as E. coli and Newcastle disease are prone to occur. Vaccination of chickens is a necessary preventive measure. In fact, which vaccination method to choose depends on which immunization method is suitable for the vaccine and depends on the actual situation. If it is suitable for drinking water immunization, it is also necessary to consider the high temperature in summer. The time to stop water before vaccination must be shortened to avoid heat stroke caused by long-term water stop. At the same time, it should be considered that the time of drinking water immunization should not be too long to prevent the high temperature in the chicken house, which will cause the vaccine in the water to become invalid or reduce its effectiveness. Generally, before drinking water for immunization in summer, water is stopped for about 1 hour, and drinking water inoculation is controlled between 30 minutes and 45 minutes. You can also use probiotics to feed the chicken drinking water. Using probiotics to raise chickens can improve the resistance of the chicken, prevent disease and promote growth, improve the survival rate of the chicken. Select probiotics must choose special probiotics for breeding .

How to prevent chicken from heatstroke in summer?

You can plant some vines around the chicken coop and let it climb up the walls and roof of the coop, so as to not only block the sunlight, the air flow between the leaves and the wall, but also reduce the indoor temperature, such as planting grapes and chicken dung It is a fertilizer that promotes plant growth and improves the yield of grapes. It is also a benefit.

If you have a conditional farmer, you can install a certain number of fans at a certain distance in the chicken house. When the temperature in the chicken house increases, turn on the fan, which accelerates the air flow and takes a lot of heat away. The effect of cooling and heatstroke prevention, but the disadvantage is that the noise is too loud, which is unfavorable for the egg production period, and it is likely to cause the egg production to decrease. You can also use air conditioners. Not only is the noise low, but the cooling effect is better than the fan, but the cost is higher, and the air conditioning purchase and electricity costs are also a big expense.

What are the characteristics of the latest Jianghan chicken

Origin and distribution: Is a small-scale egg and meat dual-use type. It is named because…

What is the effect of laying weight on laying breeders?

The birth weight reflects the physique of the reserve chickens. In the traditional concept, the…

Why are some chicken farms easy to get sick?

Chicken is a project that many people like, but the disease of chicken has always…